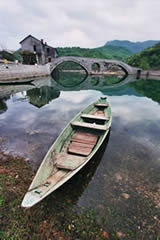 The Skadar Lake officially covers an area of 391 sq. km. , but sometimes, specially in winter, it expands even to 550 sq. km. A larger part of it belongs to Serbia and Montenegro, and a smaller one to Albania. The Morača, the Rijeka Crnojevića and numerous underground wells fill it with water. The Skadar Lake was through the history the sailing way of the Illyrians, Goths, Avers, Tatars, Greeks, Romans, Slavs, Turks and many others. The medieval monks wrote and rewrote books, untill the first printing company of the Southern Slavs, in Obod, in 1494, appeared there. There are 60 colonies on our side of the Lake, the largest ones of which are Rijeka Crnojevića and Virpazar. Sailing on the Skadar Lake understands a happening, in which the green/blue water is replaced by the grayish land in the horizon and cane from which islands with monasteries, old fortresses and some fishermen's part of a village come out there. The greatest attraction of the Skadar Lake are islands, about fifty of them. Numerous monasteries are on them, from the time of the Nemanjićs, the Balšićs and the Crnojevićs, so that the whole area is called "the Zeta Holy Mountain". Each of these islands has got its story, as well. The most beautiful, the largest and the highest one is Vranjina. It is connected by an embankment on the both sides of the Lake and there is the monastery with the same name on it, which was founded by St. Sava, as the legend says. There was the throne of the first Zeta Archbishop in it. The present look of the Church was given to it by the Duke Nikola, who not only renewed it, but also added a shelter to it. The Duke had eight daughters to whom, according to the rumors, he said in due course: "Any of you who does not get married, will spend the rest of her life in the 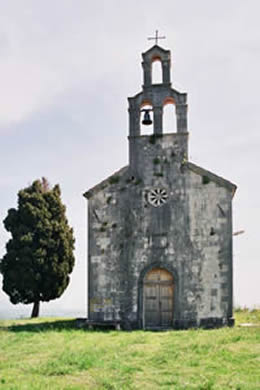 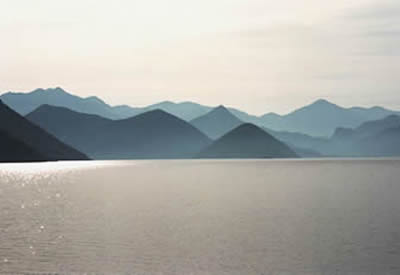 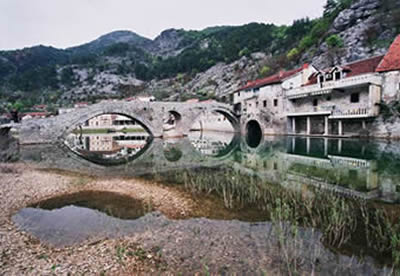 Balšić,famous in its people as Banović Strahinja. The body of the fake Tzar Šćepan Mali was decapitated and buried in this church. Near Virpazar, a few hundred yards away from the coast, the old fortress Grmožur surrealistically comes out of the Lake. There are bird colonies on its walls at present and once upon a time it was as a Turkish border station toward Montenegro. At the time of the Duke Nikola it was a prison, into which the worst prisoners were taken. The prison functioned based upon two basic articles of the Rules. The first one was that, if a prisoner escaped, the guard has to serve his remaining part of the penalty, and the second one that both the prisoner and the guard have to be non-swimmers. The last clever prisoner escaped from this 'Montenegro's Alcatraz', as it was called, floating on a wooden plank. Only the birds remained there.
In the film of Živko Nikolić "The Unseen Wonder", which took the beauty of the Skadar Lake to the whole world, just the birds left a great impression. This Lake is also a National Park and a famous winter resort of many birds. Some 270 bird species are estimated to stay on it, which is a half of all European ones. In addition to the cormorant, ducks, herons, grebes, moorhens and almost all European marsh birds, pelican as the most exotic specie found its nest there. The Lake is an eden for hunters and the hunting season lasts from middle August to early March. 42 species of fish live in the Lake, as well. It is not a problem to catch a carp, a bleak, an eel, a chub or a trout.
The Skadar Lake is connected by the river Bojana also to the Adriatic Sea. In summer, the water temperature reaches even 28oC, which is ideal for bathing, and the parts near the coast even freeze in winter. There are still rumors that the whole Lake was completely frozen in 1956.
The tourists who travel around the Skadar Lake arrive by bus either at Rijeka Crnojevića or at Virzpazar. Rijeka Crnojevića still looks like it did a few centuries ago and Virpazar is a small colony near the railroad, rather neglected, but well located.
The attraction of the Skadar Lake, the depth of which varies from 4 to 8 meters (except between the islands Starčevo and Beška, where it reaches even 44 meters), are also numerous reeds, passed through by small tourist ships, "fields" of marsh flower, rare birds and the water nut Kasaronj, which grows in water, flourishes in autumn, but cannot have fruits without a rain. There are beautiful, sand, gravel and rock beaches everywhere, so that in summer people bath even in the middle of the Lake, since it is warm and safe.
A Lake excursion understands also snacks on the ship. The offer includes home made grape brandy, orange and carrot juice, goat cheese and honey pie. Then there is a fish lunch of the specialties, such as dried or fresh carps and bleak. Only perch is missing, since it is almost exterminated. Of course, all this is watered bz famous Crmnica wines.

monastery". No matter how beautiful both the island Vranjina and the monastery were, all the eight Duke's daughters - got married. On the Starčevo island, the famous printer Božidar Vuković was buried in 1540, who was the first one with the title the Printing Duke. Njegoš was pronounced the Archimandrite on the Kom, and the capital of the Crnojevićs was on the Žabljak. The Lesendro island is famous as a Turkish fortress and prison. An unavoidable attraction of the Skadar Lake is also the monastery Donji Brčeli, the founder of which was Jelena, the wife of Đurđe