"Without Sicily, you can never completely understand Italy. Only on it everything becomes clear", wrote Johann Wolfgang von Goethe. Hence, the Kon Tiki Travel agency included into its offer the most tourist town in Sicily - Taormina.
This noble town on the Tauro plateau, at the height of 250 m above sea level, always was a tourist one, since, through its history, it was passed first by the Greeks, then the Romans, then Byzantines, Saracens, Arabs, Normans and the Spanish, selecting it as their summer resort, due to its excellent position, mild climate and magic atmosphere. It was a meeting point of the English aristocrats in the 19th century, called "The Sicilian Montecarlo".
However, the real tourism was introduced in Taormina by the Germans, who arrived there looking for historical monuments. Painters painted a lively landscape, writers described the town's atmosphere, and poets thought out their verses. The glory of Taormina was spread by Johann Wolfgang von Goethe, in 1787, in his short novel "A Travel Around Italy", who called it "a piece of Eden".
Looking for new excitements, early 20th century, a rich heir arrived in Taormina, who began a flirt with a young Sicilian, causing a scandal and rumors. D. H. Lorens could not resist this story and atmosphere, either, who wrote his anthology work "Lady Chatterley's Lover", based upon everything he had seen and experienced on the spot, in Taormina. Upon publishing, the work did not experience any less scandals than the motif itself.

A Look at the Etna

Sicily, situated in the Mediterranean Sea, between Spain and Greece, is on the travel way, so that, during many years, Royal families, the writers Alexandre Dumas, Anatol France, Andres Gides, Luigi Pirandello, Oscar Wilde, the actors Marlene Dietrich, Greta Garbo, Kerry Grant, Elisabeth Taylor, Woody Allen and many others were staying there. Wagner composed there, Coppola directed "The Godfather", and Samuel Beckett was looking for an inspiration for his characters.
Tourists at Sicily have got a wide range of excursions, one of which understands also the country tourism. The village Corleone, near Palermo, gave the family with the same name, who was used as the motif for the film "The Godfather". However, the village look was not at all appropriate for the film crew, who took for the location the villages Savocca and Forza D'Agro, next to Taormina.
A look from Taormina is aimed directly to the Etna, the most magnificent live volcano in Europe. Numerous legends and believes are related to the Aetna. For the ancient Greeks it was the empire of Volcanos, the God of Fire, and the home of Cyclopes, but the first place in the symbols is taken by Hercules. They believe there that an earthquake on the Etna is caused when Hercules turns around in his bed or snores. The Etna smokes when Hercules thinks and the lava eruptions begin when he is angry.
Taormina is definitely a town of contrasts, which offers the sea and mountains, a look at the Etna, which is always in smoke, the excitement of discovery, meeting with the slow motion rhythm of the inhabitants and the beauty of the past times. And when the night comes and when you walk though the narrow streets of the beautiful old town center, everything becomes a dream and a fairy tale. Till the next morning.

Taormina was founded by the ancient Greeks, who lived next to Naxos, the oldest town in Sicily, from where Garibaldi went to conquer Calabria, in 1860. It is a town of amazing architecture and a rare place in Sicily, which does not allow any non-planned construction. That's why many structures are still in ruins, before the community finds some funds to reconstruct them, as it did with the Di San Stefano Palace, which used to belong to the Spanish family De Spuca. Ruined and then reconstructed, the Corvaia Palace, which was constructed by the oldest and the noblest family in Taormina, was transformed into a tourist information center. The St. Nicholas Cathedral, constructed somewhere in 1400, is located at Duomo square, as well as the Taormina stone fountain. The town's symbol is in the center - the Centaurus, who has a female shape here.
In addition to the numerous architectural wonders, the largest one is, however, the Greek - Roman theater amphitheater, the second large in Sicily (after Syracuse), which receives 5,400 spectators. It was constructed so that the rock it is located on is used as a natural scenery. A film festival takes place annually in the amphitheater, which launched, during the years, to the world the names such as Hugh Grant and Tom Cruse. Since Taormina was constructed in the fish bone shape, which means that many small side by streets enter the main one, everything is connected by Umberto I Street, which rises from the Porta Messina to the Porta Catania. It is overfull of clothing and footwear shops, silver and golden decorations, clay pots with traditional patterns, and, first of all, 'Trinacria', the woman with three legs, which mark three Sicily's capes, three seas surrounding it and three religions and cultures mixing with each other. Streets are full of restaurants with the food mostly based upon pasta, tomatoes, vegetables, sea food, lemon, olive oil and plants. There is a lot of wine and it has got an excellent quality. A special feeling are the sweets. They are imaginative, mostly based upon creams. The man specialty is Ricotta, a soft cake with sheep milk cream and candied fruits. The greatest attraction is the 'Marzipan', in various shapes, made of almonds, sugar, lemon juice and a little flour. A liquor wine is also made of almonds, having the taste of melted marzipan. Ice cream is a feeling for itself. According to a legend, it was originally made so that three muses from the Olympus were flying above the Earth, with their hands full of goodness. They saw the beautiful island of Sicily and dropped on it plants, wheat, flowers, vegetables and fruits. The fruits fell to the Etna and so the ice cream was made. 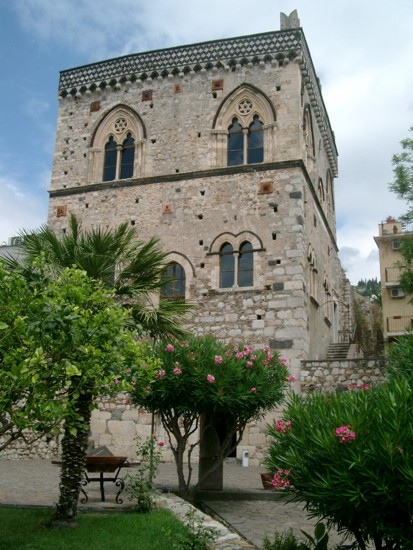 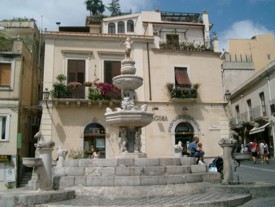 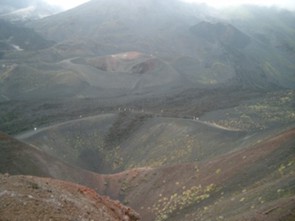 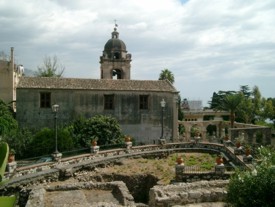 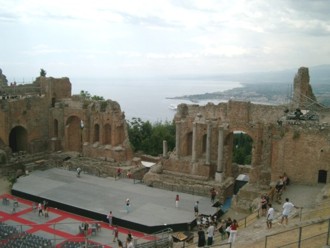 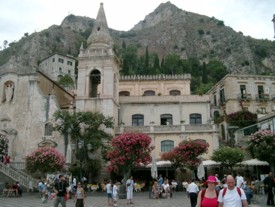 WITH A SUITCASE WORLDWIDE