The largest city of Šumadija, Kragujevac, mentioned for the first itme under the present name in 1476, is located in the middle part of Serbia, hidden in the Lepenica river valley, between the slopes of the Gledićke Mountains, Rudnik and Crni Vrh. It is 120 km far from Belgrade if one travels via Topola, or 140 km if one does so bz the highway and turns near Batočina. It is well connected by the road with almost all places in Serbia, and by railroad also with Budapest, Thessaloniki and Bar. The first capital of modern Serbia and the initiator of its industrialization (the arms factory developed first and then also started the production of cars and trucks). At present, Kragujevac is the fourth large city in Serbia and it is the  economic, medical and cultural/educational center of Šumadija and Pomoravlje. 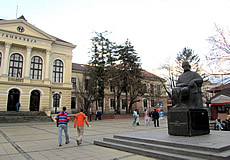 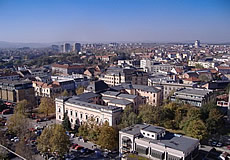 Kragujevac, described by the Czech Constantine Jireček, the writer of the History of the Serbs, in 1874 as: "Belgrade is Europe, but if you want to see a real Serbian town, go to see Kragujevac", is a city of extensive history. It got its name probably by the bird Kraguj that lived in the forests in these regions even till the beginning of the 19th century. Its character is currently imprinted in the City's Coat of Arms. The center from the time of the old capital is located along the river Lepenica and tells the story of this city, being the first one in many things.

Nearby Kragujevac, there are the medieval Monasteries Voljavča, Blagoveštenje, Nikolje, Petkovica, Denkovac, Divostin (there is a belief that a Saint was buried next to it and the water rising there heals) and others, the medieval fortress Srebrnica, archaeological findings, the town of Borač and many other things. 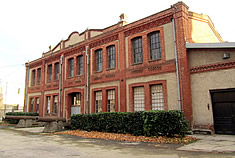 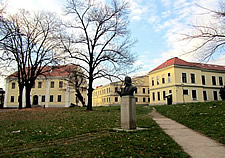